00. Code made by RageQxeen, do not steal.

01. This profile is for the purpose of displaying original character of the MHA Universe in the room named "U.A. High School", due to multiple canons being allowed to mingle in the room, canons will not be listed in here. If you desire to be added onto the roster, please DM either Fushimi/Watanabe Katori/Kana with the following format and a picture of your choice (nothing lewd or sexual):
- Name - Class/Occupation - Alligence (Heroes, Villains, Other)
Alligence may only be filled out if the character in question is not a student.

02. The writing tips within this profile are not to dictate how one writes, it is only listed in order to offer help to those that feel as if they are struggling with it.

03. You do not have to be listed in this roster to roleplay in the room, this is simply to offer more opportunities to original characters to gain recognition and more roleplay.

04. Harrassment to be added is not tolerated and you will be ignored if you do so.

05. Profile is likely to never be completed entirely, keep checking back to see what's different!

06. We reserve the right to refuse adding any who we deem is incomplete, overpowered, or not associated with the My Hero Academia universe.

07. If you desire to add a news story or something to the Herogram please DM the admin of the room and let her know your ideas! The Breaking News tab is to display ongoing/completed plots that are open for anyone to join in on! Side Note: Please do not assume that you may automatically insert yourself into a certain plot, please be respectful and request permission to do so.

08. The dorm pictures were done by Katsumi, and originated from the My Hero Academia manga - they will be updated whenever there is a new student to add onto it. All years are not listed yet, please remain patient as she works on that in her own free time.

- Isadora Mavrocordatos -
Leader of "The Children of Cain" - Villain

Template to give to the Admin to add an NPC for the room:

Rules of the NPC's:

Name: Nakamatsu Airi
Age: 18
Occupation: Competitive Martial Artist
Picture: Original Art by lpip
Quirk Name: Dream Walker
Quirk Type: Emitter
Quirk Description:
By falling asleep, the User is capable of entering the dreams of another as long as they are within a fifteen yard radius of the user. There has to be some sort of conduct to connect the user to an individual, the only exception to this being those who are close to the user emotionally - though none are sure as to why this is a thing. While apart of the dream, the user cannot interfere with anything happening within it - that includes touching or speaking to the dreamer. Those who do note of the User within their dreams normally view them no differently than any other face in their dream, and it seems the user is fuzzy to the dreamers' recollection. While this Quirk is absolutely useless for offensive and defensive, information gathering is something that the user excels at - all information is present within dreams, and with enough practice users can decipher dreams into truth and learn the darkest secrets of those they are 'stalking'.
Quirk Weaknesses: It offers no defense or offensive capabilities to the users, and the user cannot interfere with the dreamer at all, only watch. It does at least benefit in the manner of masking the user from the dreamer, though those she frequents might begin to recognize her, so she cannot do it frequently unless she trusts the dreamer she's using her Quirk on.
Quirk Drawbacks: Can cause severe headaches, and should the user not be careful, it can also stop brain activities completely. It leaves the body defenseless, so the user must be careful when they activate this Quirk. Medication is needed to keep the user from accidentally activating the Quirk passively, controlling it still seems to be an issue.
Personality Traits: Adaptable, Clear-headed, Disciplined. Dreamy, Mellow, Obedient. Monsterous, Paranoid, Timid.
Brief History: Revealed through RP.
Played by: Kana Yoshiba - Admin
Note: Just DM any of my alts to get my attention if you desire her for a roleplay!

In this section of the profile, you'll find any and all the help one could possibly want when it comes to writing, character building, and settling into the role as either an OC or Canon!

On [REDACTED DATE], Tokyo Police suffered a massive loss in dedicated lives to protecting the innocent and good. Arriving to the scene, [NUMBER OF OFFICERS] encountered a strange villain who, upon review of the car cameras, was able to repel bullets with ease. U.A. Students were on the scene, yet U.A. refused to comment for the time being. More shall come soon! 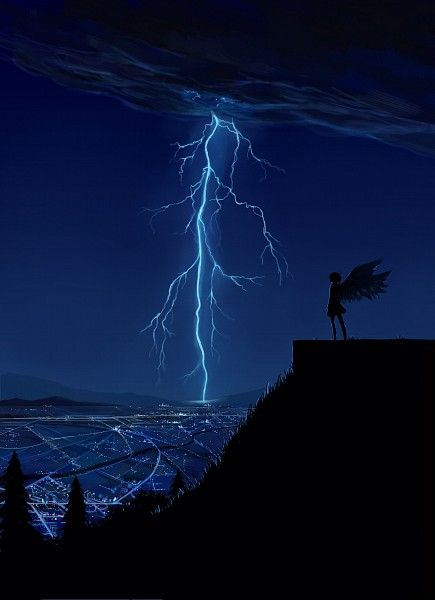 Weathermen were baffled by a recent lightning storm that took over the skies of Tokyo, though many were quick to realize that it was perhaps a signal of something to come, as the outcry from villains was noted of following it by Pro Heroes. Concern is rising, and the damage done by the lightning storm has reached well into the hundred thousands. No injuries were reported, but someone was lucky enough to take a picture of what they assume to be the real message in that thunderstorm. [LINK TO PICTURE OF NIGHT SKY WITH A SNAKE MADE OF LIGHTNING] Pro Heroes and Police alike both assure citizens there is nothing to worry about, yet with recent developments involving the League of Villains, trust is shaken deeply. The only question left to ask is: What comes next?